Can You Play an Instrument With Braces?

Home » Blog » Can You Play an Instrument With Braces? 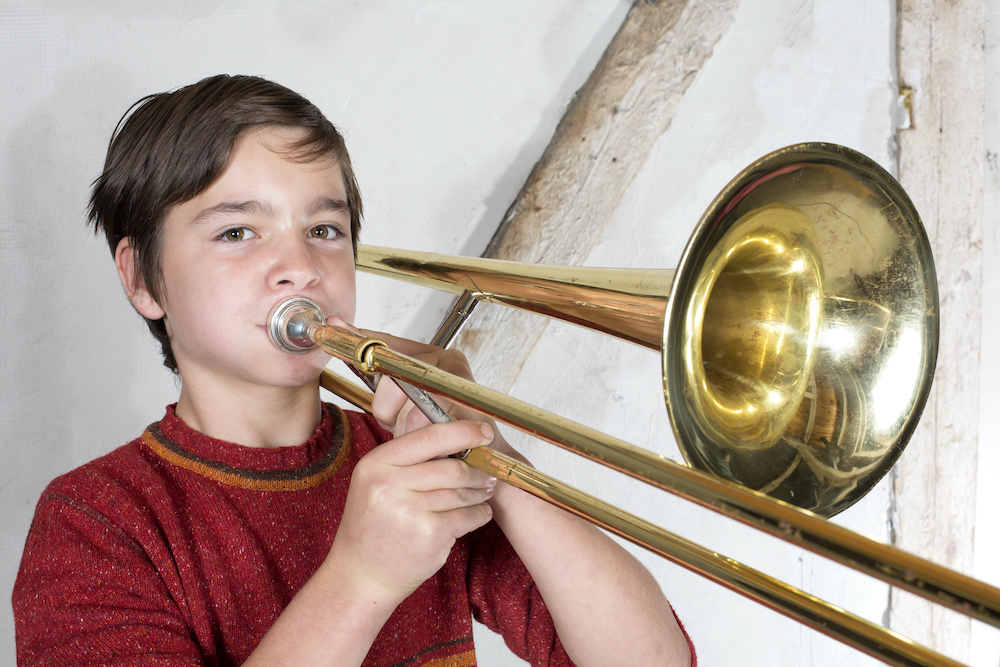 With football season in full swing, the marching band is practicing daily and entertaining spectators during the halftime show every weekend. For the proud members of these groups, braces may seem like nothing short of a death sentence.

But rest assured, with today’s orthodontic technology, musicians can continue to make beautiful music, even with braces.

Playing a Woodwind Instrument With Braces

Saxophone and clarinet players adjust more easily to playing with braces because the area of the teeth that the braces are applied to do not come in direct contact with the mouthpiece. The same goes for those who play double-reed instruments like oboe and bassoon.

Flute players who tend to put a lot of pressure on the lip plate may feel some discomfort and may want to increase their breath support and decrease the pressure on their bottom lip.

All woodwind players may experience more condensation in their instruments, which will need to be cleaned out more frequently.

Unfortunately, getting used to playing with braces can be a little more challenging for brass players simply because their lips are pressed between a metal mouthpiece and their teeth, which will have braces on them.

Trumpets and French horns both have smaller mouthpieces, so they are the hardest to adjust to playing with braces. Much like flute players, trumpet and French horn players can reduce the pressure on their teeth by increasing their airflow and keeping the corners of their mouths tight. Brass instruments with larger mouthpieces, including tuba and baritone, require less mouth pressure, making them easier to play with braces.

Surprisingly, brass players may also need a little time to adjust when their braces are removed as well, because their teeth are smooth again instead of rough.

Alternatives to Braces for Musicians

If you or your child wants to avoid adjusting to playing an instrument with braces, there is another option – Invisalign. With Invisalign, there are no brackets or wires to make playing uncomfortable, just smooth trays that can easily be removed when playing an instrument. Some players even just leave their trays in when they are practicing or performing.

If you decide to remove your Invisalign trays when you play, be sure to bring the proper container to store it in so it does not get damaged or lost.

Unfortunately, not every smile can be treated with Invisalign, but there is another alternative, which we discussed in a previous post. Lingual braces use the same wires and brackets as traditional braces so they can fix the same issues, but they are applied to the back of the teeth instead of the front. This means they won’t interfere with playing any instrument.

Whatever instrument you or your child play, it is best not to get braces put on or taken off right before a recital or performance. Instead, leave time to practice and get used to the new feeling. Unless you’re a drummer or string player, in which case you’ll be just fine.

If you have concerns about playing an instrument with braces or Invisalign, give us a call at (843) 4-BRACES. We’ll be happy to answer any questions you might have. 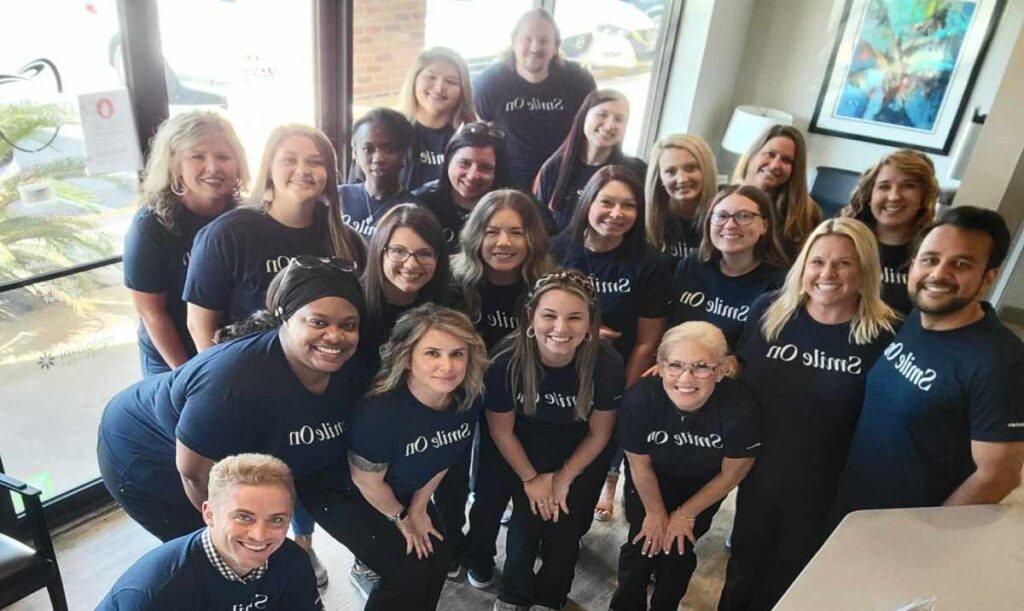 I would not want to have done my braces journey with any other orthodontics team. They are simply the best, the service is impeccable, they are amazing people who genuinely care... about their patients. I almost wish I could get braces again just to work with this amazing team again. Thank you for all that you do !read more
Ken D.
The team is amazing! They have made this whole experience a great one! They are always willing to go above and beyond to make sure patients are taken care of.
shalece M.
Customer service is excellent and personality is great and I would recommend any to them.
Shacquetta S.
I have been very happy so far! They have been great with my family and respect our time.
Woodyj
I love this place…. Great service and the staff is so friendly and amazing (hands down)‼️❤️
Brenna S.
I had a great experience at Charleston Orthodontics. I got my braces put on the same day as my consultation. The price was thankfully cheaper than I had expected. Laurie was an... absolute pleasure helping me through the process. I highly recommend this location!read more
ryleigh T.
I made an appointment one week and was seen the next week! I went in for my consultation and got my braces the same day. I was most definitely excited for this journey. Everything... I needed to know was explained well. 10/10 I recommend!read more
Chambria B.
I love this place. I don’t care if I have to drive 1 hour and 45 minutes. The staff are nice and friendly. Now my daughter is a patient now and they make her feel so comfortable.
Anastasia L
The staff makes you feel welcome. They customized the bands/power chains for my braces. They were very open to doing it for me. I love them.
Courtenay S.
Staff are awesome! They strive to make you feel comfortable and answer any questions you have
Le'Ondra L.
I started my treatment in 2019 and the team did everything needed to make me feel as comfortable as possible ! I love how the environment is such a welcoming environment, it... saddens my heart that I got my braces off but I’ll always stop by every holiday so tell them hello and give a little treat :) The west Ashley team is the best !!!!!read more
Kp’s W.
The staff is wonderful and it was a great experience. They made my daughter have confidence in her smile. I am glad that they had the 99.00 down for braces and the ad is real she... got them same day.read more
Wilbur S.
Dr.Trev and the staff are amazing! They are so friendly, welcoming, and go beyond my expectations. I love going to my appointments and have seen such great results with my braces... so far! You must give them a try. You won’t be disappointed.read more
Hailey H.
That's my first time coming here the people is nice and I like them
Leonadra C.
I decided at the age of 65 to get braces. I went to Charleston Orthodontics and wore the braces for 2-1/2 years. I have been extremely pleased with the outcome; the friendly... staff; Dr Patel. I will miss see everyone as I live in Columbia SC, not the Charleston area. I highly recommend Charleston Orthodontics!read more
112libertylake
I love this place. I have been coming here for 2 years and my teeth looks great!!! Getting my braces off next week!!!
Elizabeth B.
I couldn’t be happier with my treatment thus far. The team at Orthodontist Specialist is fantastic!!!
CANVAS C.
I would definitely recommend Charleston Orthodontic Specialists to anyone looking for affordable braces. The staff is also extremely friendly and helpful. The starting process is... so smooth. I just started in June and haven’t had any problems so far !read more
Trayanna M.
I recently completed my braces journey and after almost 4 years with Charleston Orthodontic Specialists, I am so happy with my smile! The West Ashley location is fantastic. I put... so much trust in the staff there, especially Dr. Trev, Cheri, and Lori. I came in with a pretty extreme case of crowding and they were able to correct it in a reasonable amount of time, not to mention it was affordable! They even fully removed my braces the week of my wedding in 2020 and put them back on after my wedding at no charge. Thank you, COS West Ashley!read more
Tina B.
Dr. Trev, Lori, Ally & KC in West Ashley was awesome! I’ve visited the Mt. P & Sville offices as well and this was my best visit yet! Keep up the great work and giving the people... what they want! 🤩😁read more
Kayela R.
‹
›
read more